Bringing life and restoring soul to a newly built development in the Lorraine region.

Paul Joly’s Forest is an ambitious project in a suburban city south of Metz: 7200 trees will bring charm & soul back to this newly built park and protect the residents from the heavy traffic nearby.

Our goal is not only to boost biodiversity, reduce the harmful effect of air pollution, noise and excessive heat, but we also want to bring the community together to reflect on the place we want to give to nature in our life, the passing of time and ensuring a more resilient environment for the next generations of the city.

The summers in the east of France can be extremely hot and the few trees scattered around the park are not sufficient to resist the heat. The park is often deserted by the resident during the summer months and we hope that the forest will help reduce the temperature as well as shield the view from the road. 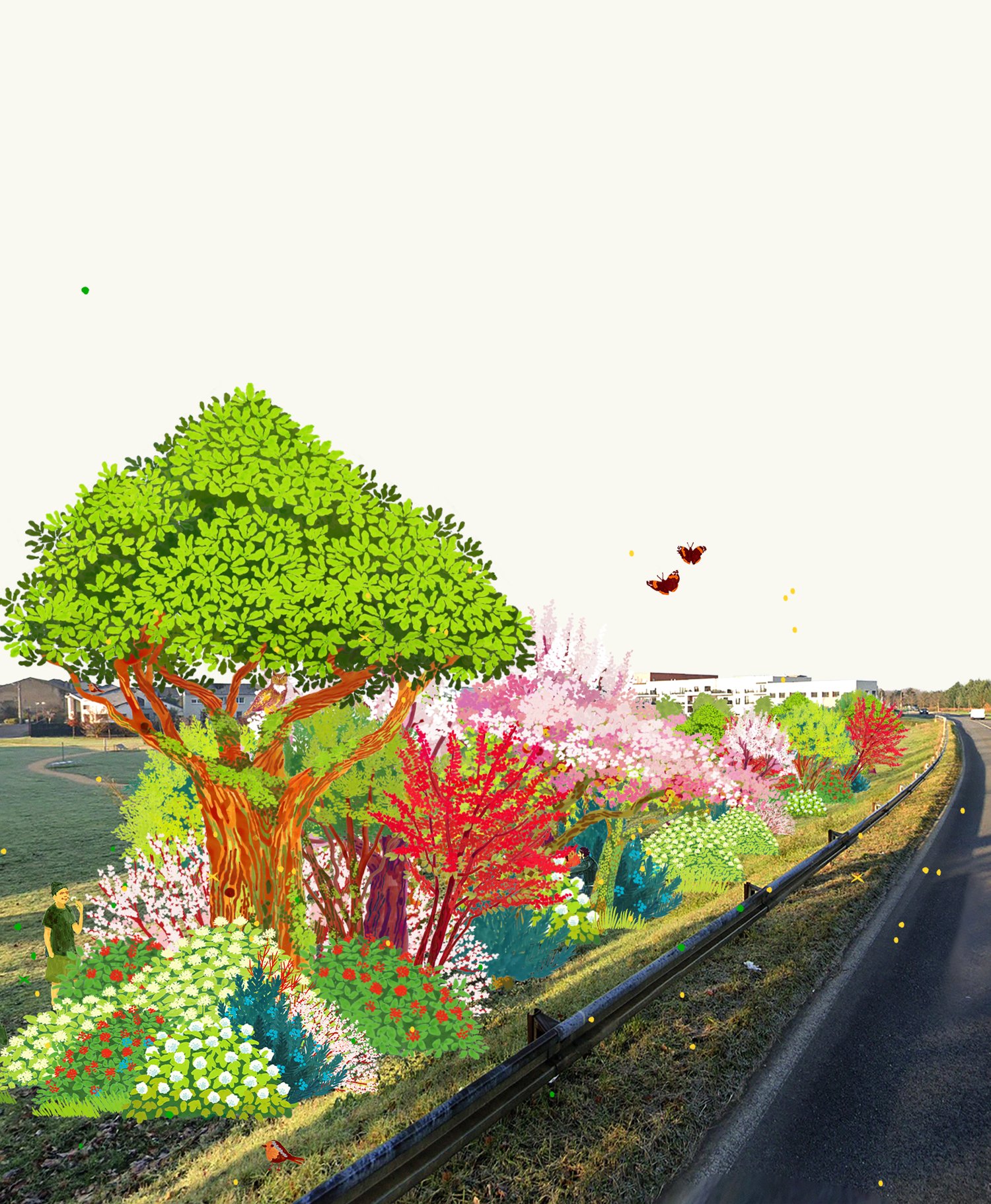 “The trees that we are going to plant will outlive us and benefit the children of our children. We see this project as an opportunity for the community to rediscover the history of this land and their successive owners, to “feel” the passing of time and raise awareness on our responsibility to protect our environment for the next generations.” 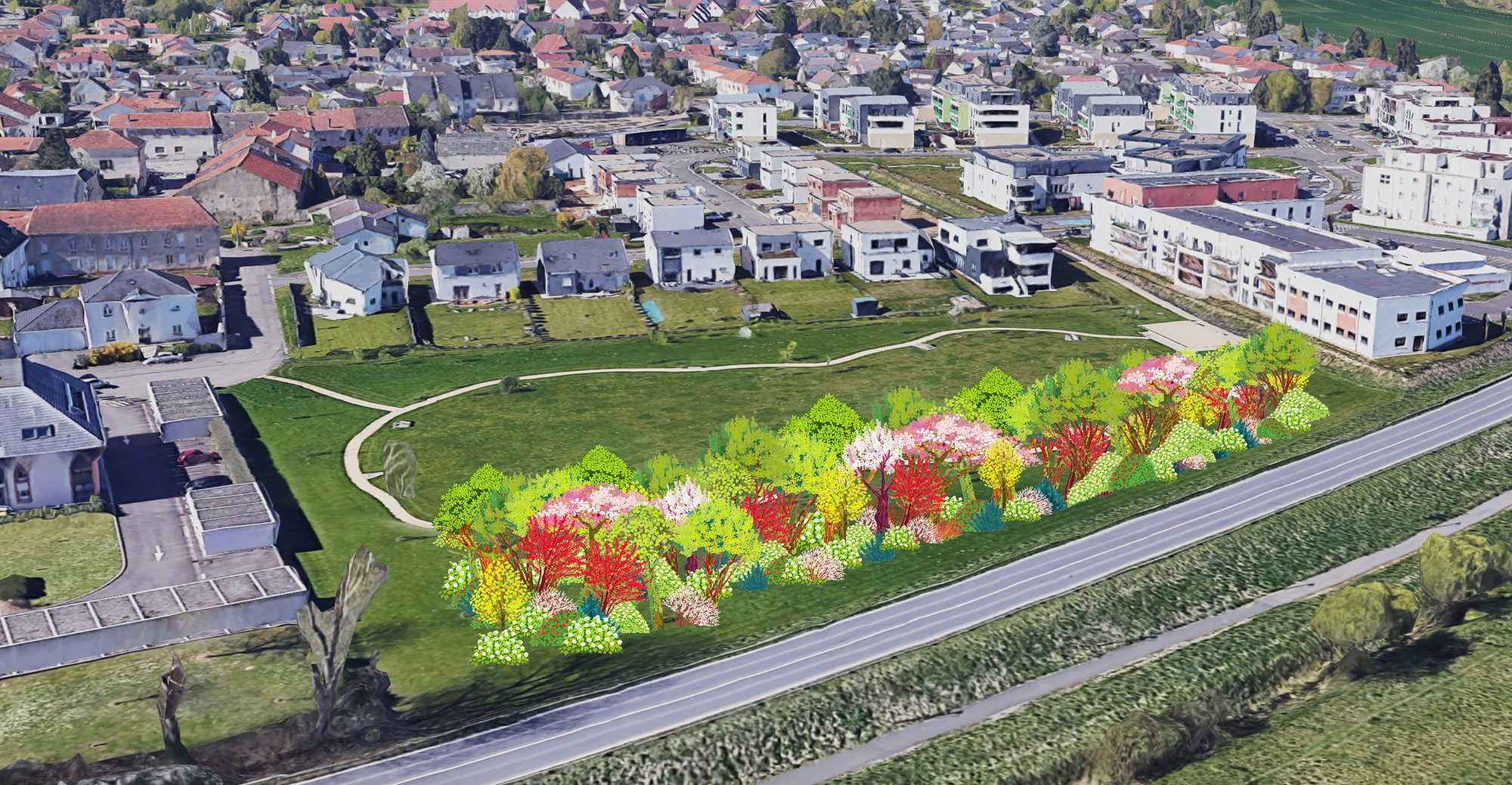 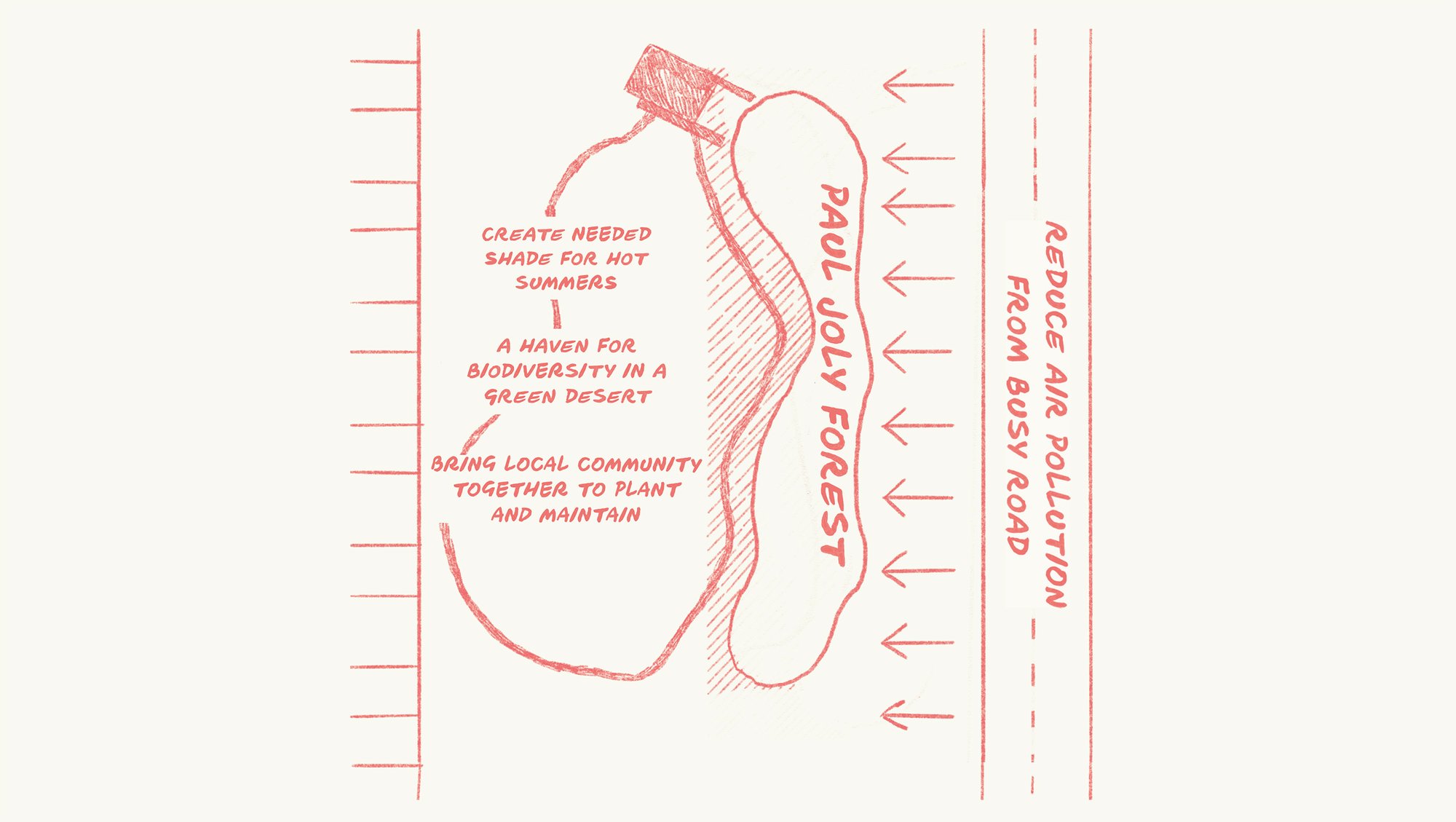 Nestled between housing development and a highway, Paul Joly Forest will:

The city officials are passionate about this project. They did some research in the archives of the city to learn more about the history of the location. At the time, this land was dedicated to market gardening, on an estate that originally belonged to a renowned family at the time, the Ancillon de Jouy family.  Their small "castle" can still be seen a few meters away from the Paul Joly park.

The history of this land can be an opportunity to forge a strong link between the land as it has been handed down to us through the ages, and the land that we want to give to the future generations of the city. These generations will see the forest that is being planted today.

The city officials of Marly were also seduced by the idea of recreating the link between the inhabitants through this participatory plantation, to stir in them the desire to invest for the common good, to teach the youngest some simple ancient gestures that connect us to nature.

The project was originally initiated by a group of citizens formed after the first worldwide climate protests. It was called the “10,000 trees 10,000 children".  Their hope is to inspire other cities nearby Metz to embark on similar projects in the years to come. 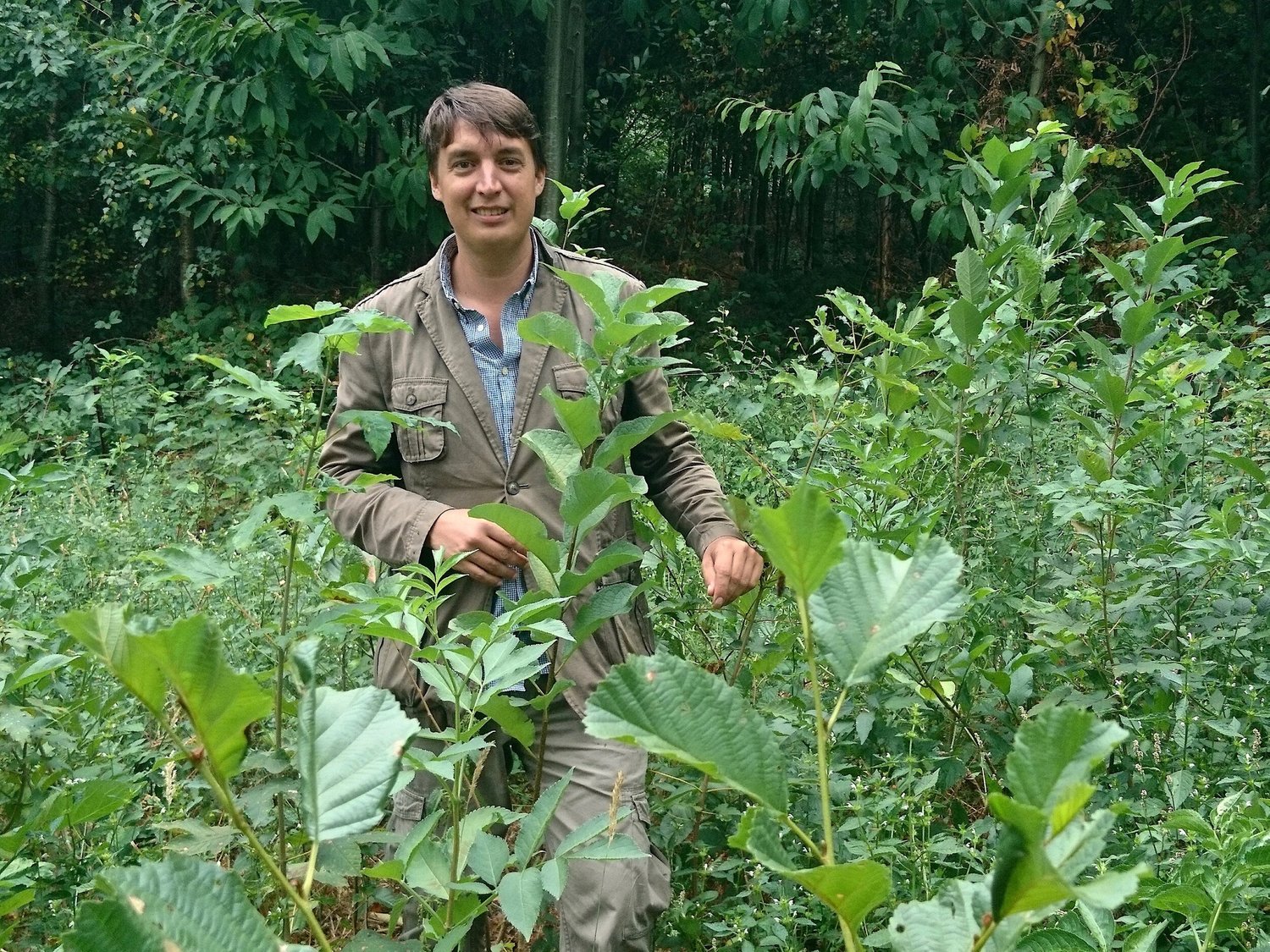